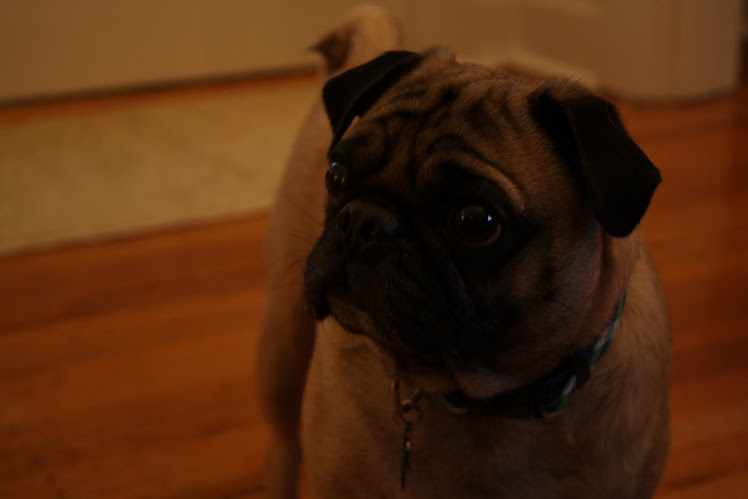 Well it's only been 2.5 years since my Mom fell off the wagon (the blogging wagon, that is...) but rest assured loyal readers, we are all just fine.  Vinny still lives with us.  That's unfortunate of course but when I ask why he's still here, Mom just rolls her eyes and reminds me yet again that he's my brother so he's staying.  Hmph.

Mom promises she's going to try to write for me on a semi-regular basis again, and I even told her the first post back could be an update on Lolly Pug since that was the last post on my blog way back in 2012.  Mom got to go to New Orleans this past November and of course that meant that she got to see Lolly Pug!  Mom said she was so excited to see Lolly that she cried all over the rug and I can only assume made a huge spectacle of herself. 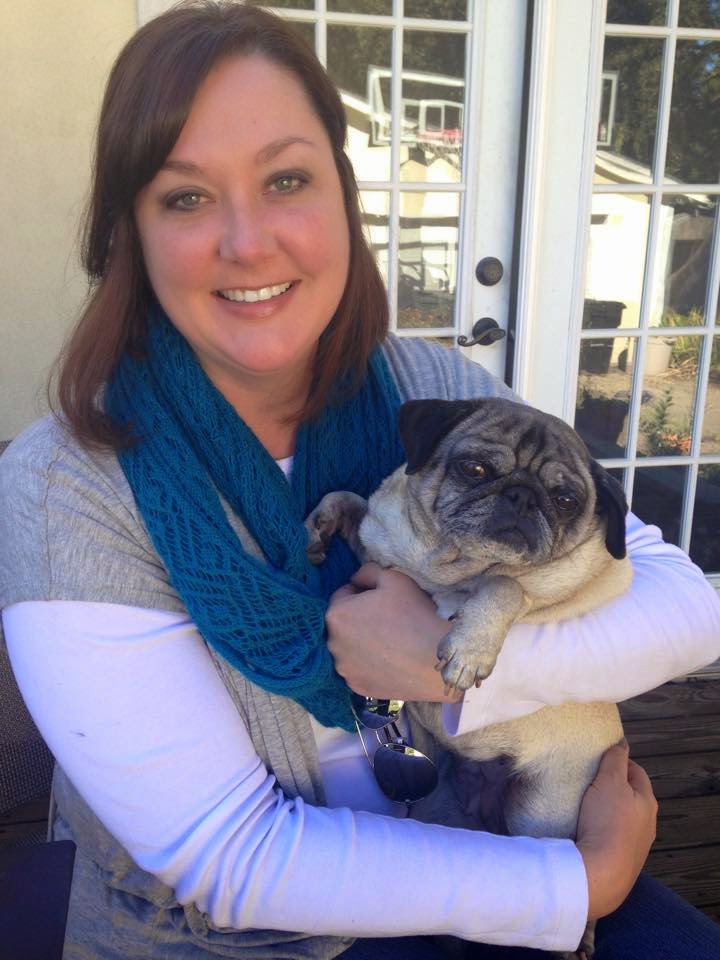 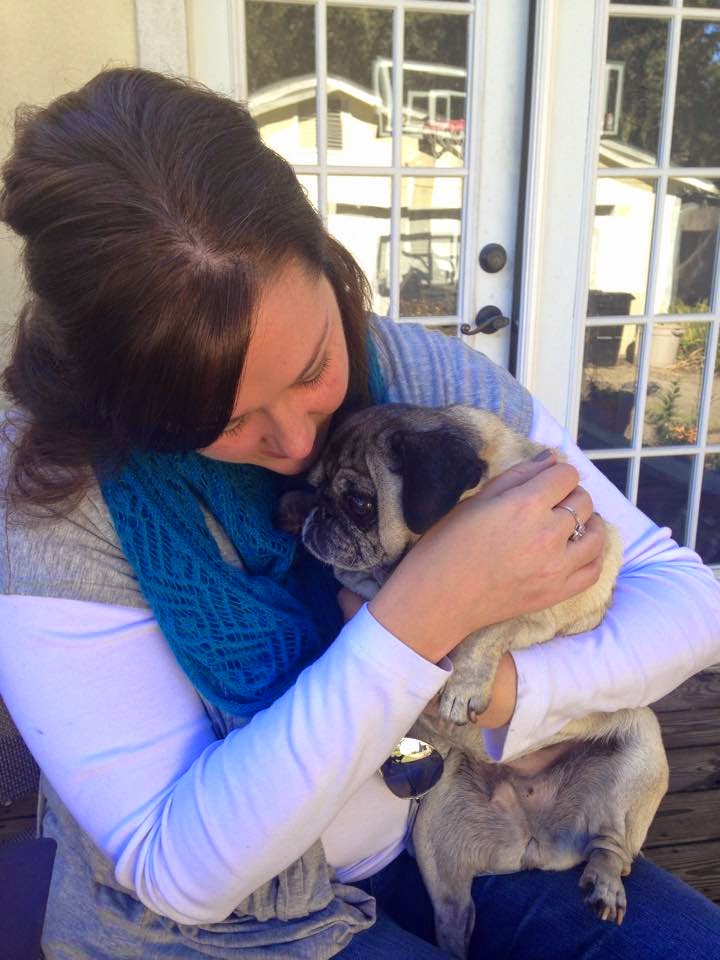 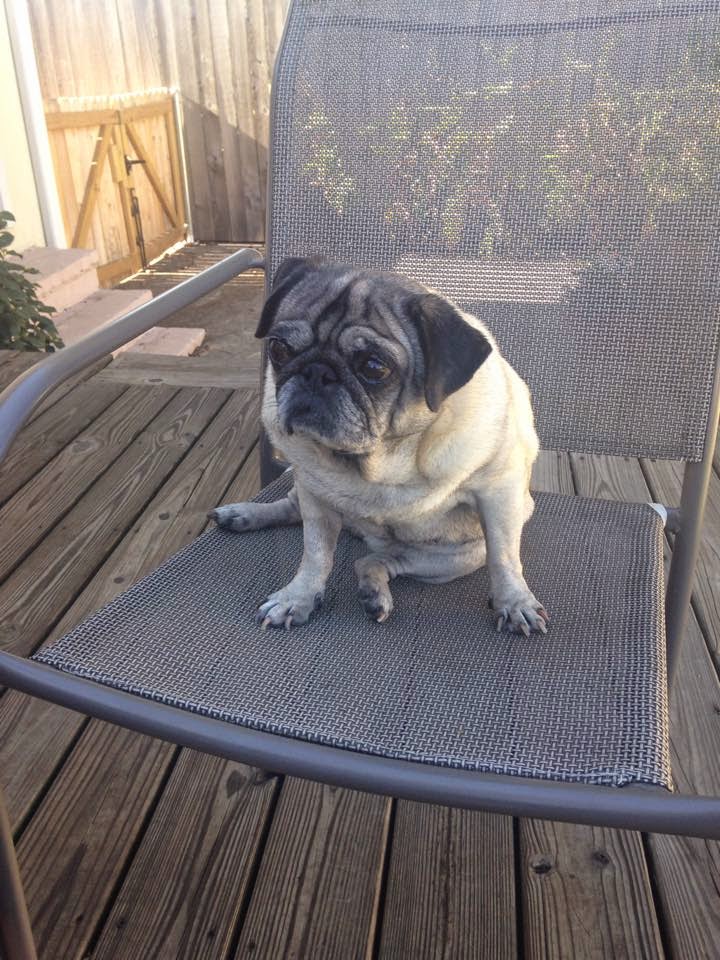 Lolly is visibly older and slower now, but Mom says she's really happy and even more spoiled than I am.  She also has a new addition at her house - a brother named Gretzky!  (I wonder if she finds him as annoying as I find my brother...)  Gretzky is another SEPRA alum like both Lolly and Vinny. 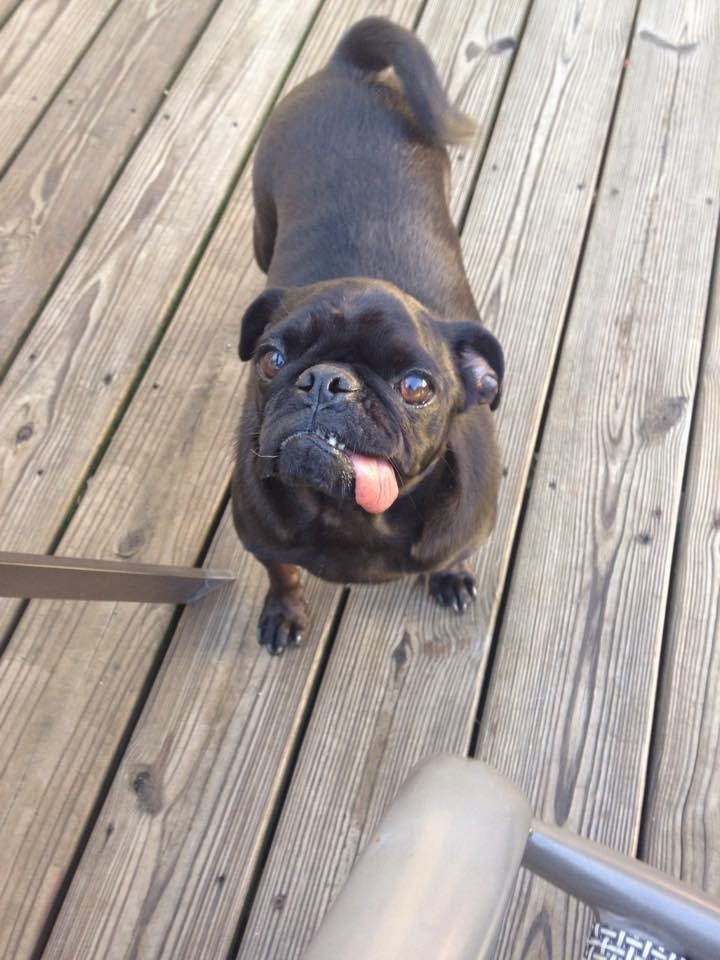 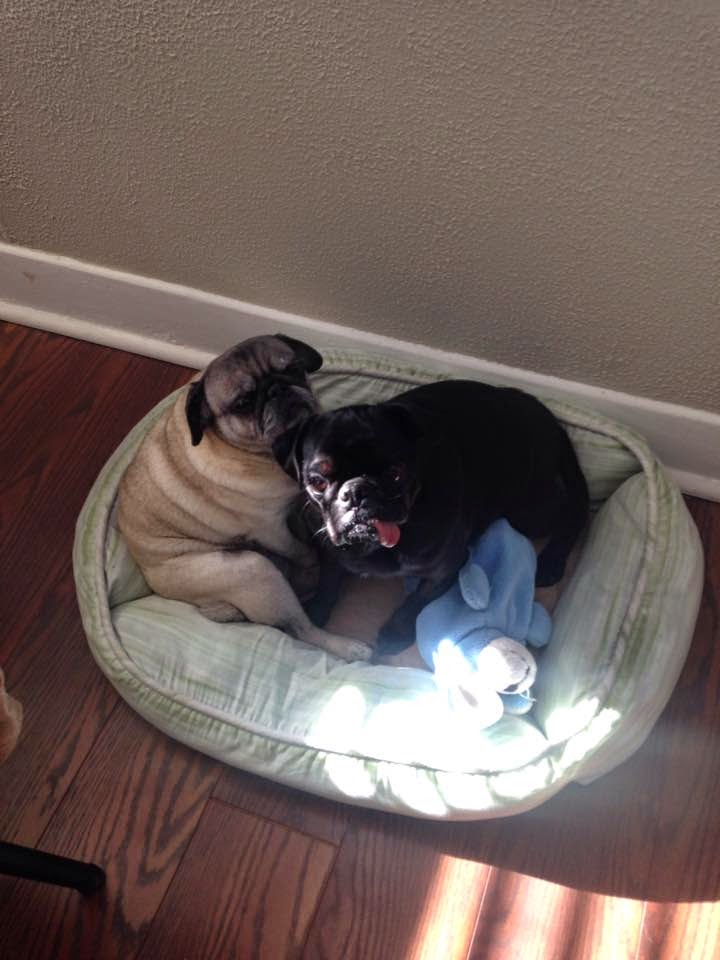 Gretzky does tricks.  Yep, he seems like an annoying little brother to me. 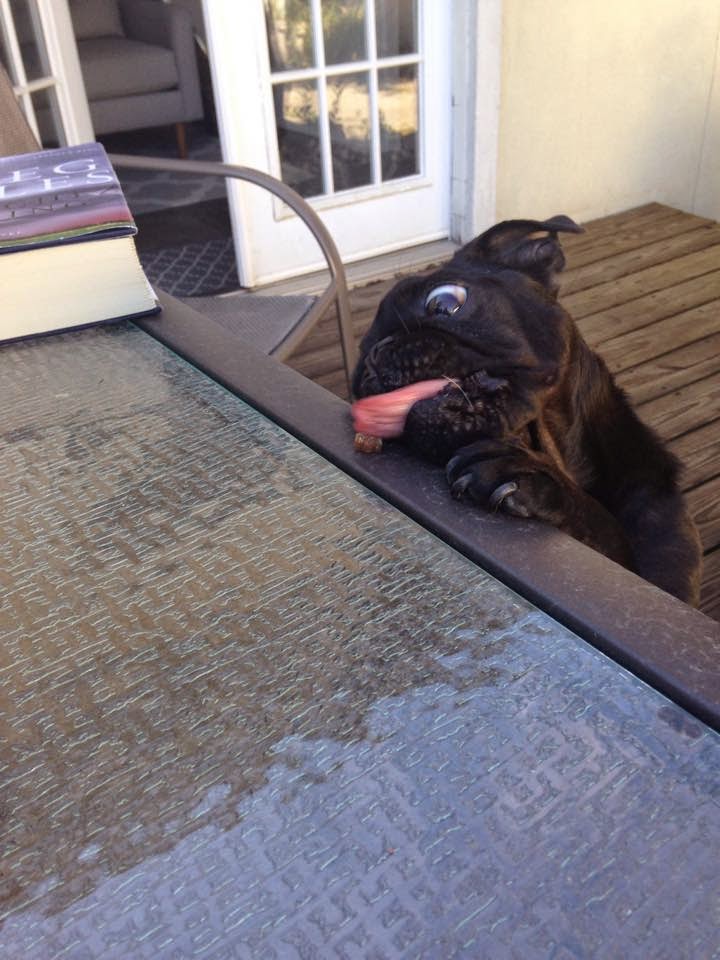 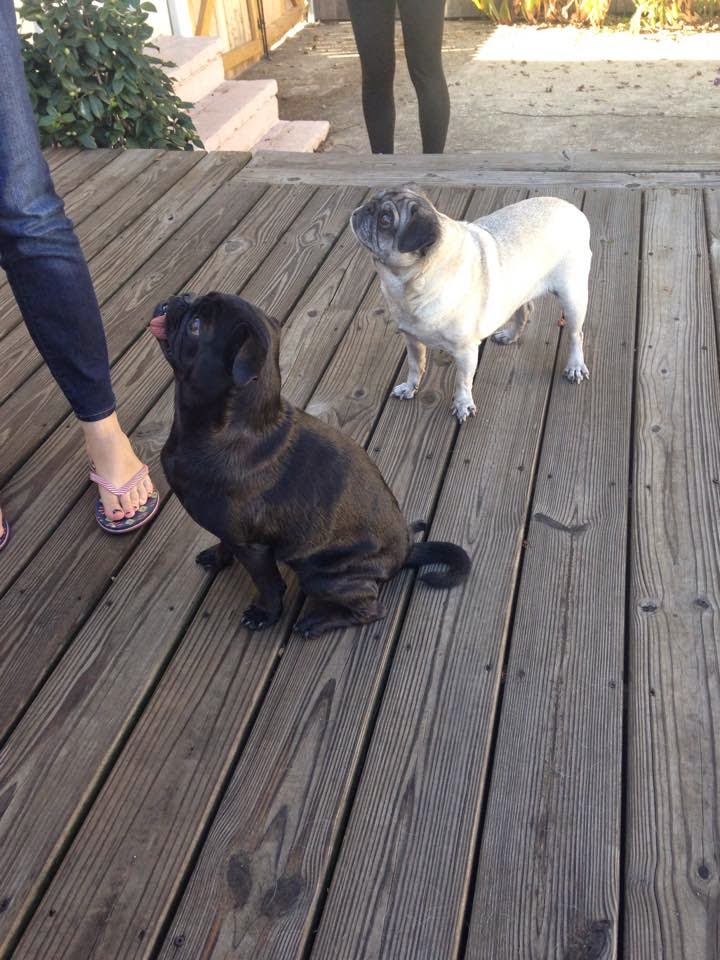 Here are some more recent pics of Lolly and her sidekick. 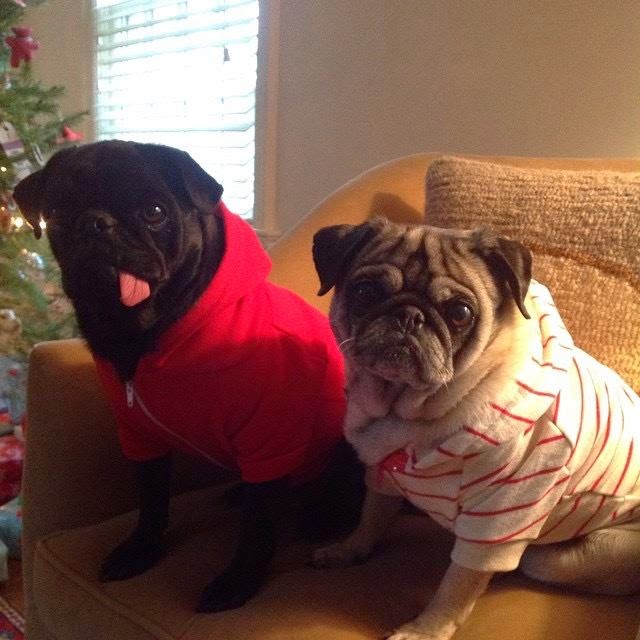 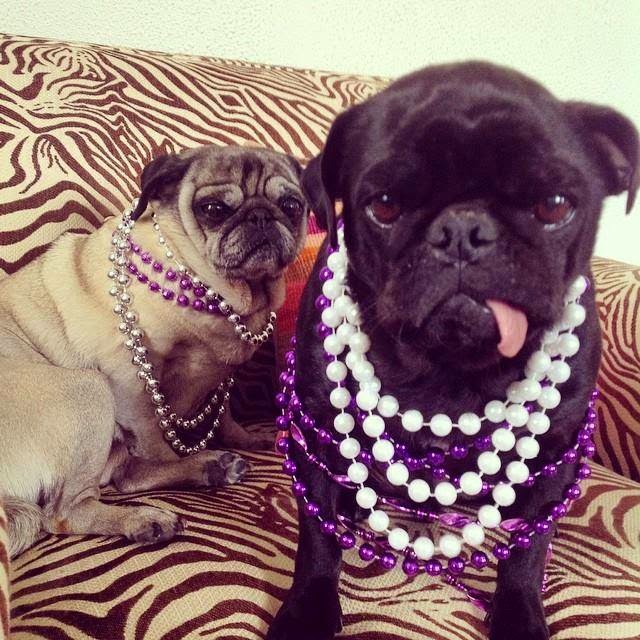 And just so you know that I'm as handsome as ever (and that Vinny is STILL here), here's a quick one of us.  That's me at the top and Vinny on the left.  That dog who isn't a pug is my girlfriend (yes I have a girlfriend, I'm all grown up now!), Judy Chicago - she lives with one of my mom's friends and she comes to visit us a lot.  I know I'll be back soon so hang in there! 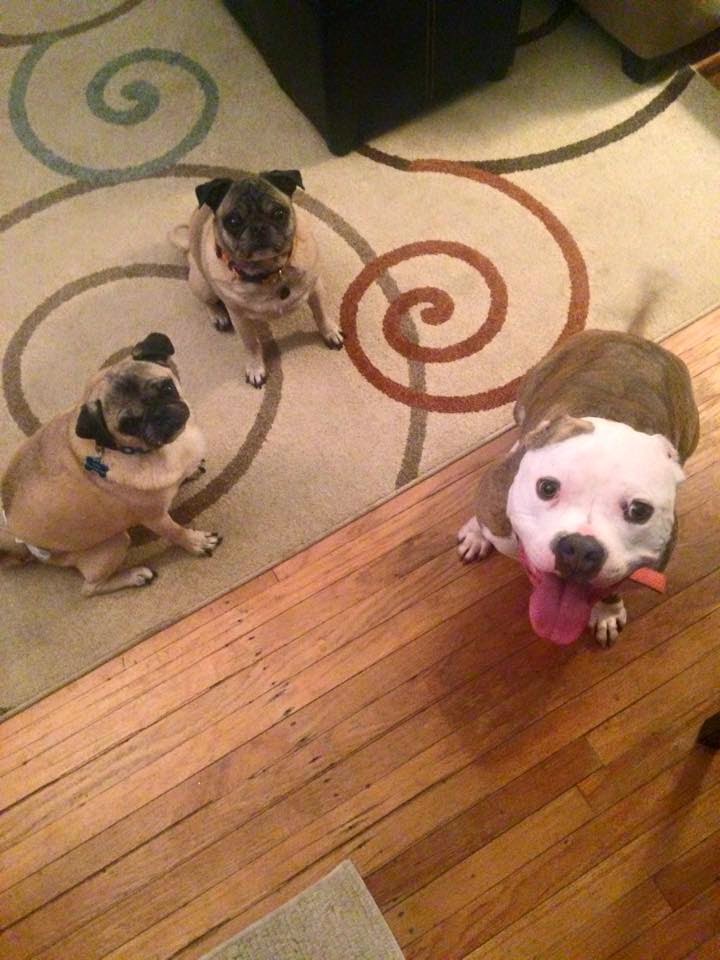 Great pictures!
Lolly looks happy ...
And the two of you are still very handsome!

Glad to see you again! We think of you guys when a twitter friend posts pictures. She lives in your area.

Wow! So happy to see old friends back to posting on our Bloggerville!!!!

Vito and Gina
I'm that girl who made fun of people who were obsessed with their dogs. Now I'm blogging about mine.